Is everyone taking about the "Golden Cross" on the R2K today?

Were you impacted by this "glitch"?

Have you seen articles on #ChatGPT yet? Is this going to be just another AI novelty or something more?
Microsoft announces multibillion-dollar investment in ChatGPT-maker OpenAI @CNBC https://www.cnbc.com/2023/01/23/microsoft-announces-multibillion-dollar-investment-in-chatgpt-maker-openai.html?__source=iosappshare%7Ccom.apple.UIKit.activity.PostToTwitter

I didn’t bother reading the article. The pics are utterly amazing. https://www.smithsonianmag.com/science-nature/these-gorgeous-photos-capture-life-inside-drop-seawater-180981297/

The following article was taken from an exchange of emails with a client. I felt this part of the 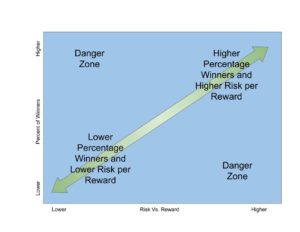 dialog would be very helpful for our viewers. This section picks up from a discussion we had about accounting for slippage when backtesting a strategy. The topic quickly moves on to the focus of this article. Strategies: Winning Percent Versus Risk/Reward.

Ok, in regards to slippage. If you are using a strategy in which you are always placing a limit order for entry and exit. Which requires that you always know ahead of time exactly when and where you are going to be executing trades, before the signals even confirm. Only in that case can you get by without accounting for slippage.

If you are using a system that requires the signal to be confirmed at the close, or are using a trailing stop-market order for entry. Then you are going to have slippage. Because of two factors. The trailing stop-market order is not triggered until trade moves one tick beyond its price. Or you are sitting at the computer and manually hitting the button as soon as the bar closes and confirms the signal.

Percent of Winners Versus Losers:

Back when I was feverishly writing code in Amibroker and searching for that holy grail. There was one piece of knowledge I wish I had, but lacked. I was forever searching for a system that returned at least 75% winners. With a very low drawdown. (a nice, smooth equity curve). I could not accept a system with 25% winners in any way shape or form.

That piece of knowledge I lacked… we’ll get to that. I think it will make more sense if I explain this first:

Many professional traders teach this basic concept. They claim there are two ways to make money

That’s it. Everything else in the middle loses money. Basic law of nature. And with both, you end up with a very jagged equity curve. (large drawdowns). Those who seek a smooth equity curve invite disaster. And the biggest blowups in history have been from those who achieved the smoothest equity curves. Another law of nature. Ignore it at your peril. 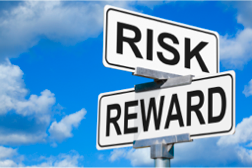 So what about that one piece of knowledge. That one thing I wish I had known about and focused on instead of the win ratios? Scaling in and/or out of the trade. Having studied many professional traders, I found another thing they held in common. Trade management. It was how they either scaled in or scaled out of their trades, and sometimes both in the same trade. By managing the risk, I’ve seen the pro’s make very good profits while being right less than 25% of the time. However they also balance that by letting the profits run whenever possible. Alternatively, I’ve seen another pro all but abandon risk altogether. And made a killing being right 100% of the time. Yes, I witnessed this first hand. Saw a pro make trades virtually every day for more than a year without a signal loss. But then in one fell swoop…..


Scaling Out, Moving to Break Even:

So in the video you referenced, did you notice how he describes his trade management? We can’t perform this in Thinkorswim but Its possible in Amibroker. He said he would scale out when the position moved 20 pips in his direction, then move the stop to break even, then manage the second half of the trade based on the structure of the price action. I know of more than a few professional traders that use this exact same technique and in my view they seem to have the strongest staying-power. Scroll down for the rest of the article…

Oddly enough, one of the very last pieces of code I wrote in Amibroker had to do with using a scaling out strategy in a backtest. I even uploaded it to the Amibroker member’s library. You will have to login in order to view the link:
http://www.amibroker.com/members/library/detail.php?id=1204

Try to emulate the successful professional traders, who focus on a strategy that generates 25% winners. Then work out a trade management strategy (controlling the risk/reward) to ensure you can be profitable even when you are wrong 75% of the time. Spend the greatest amount of effort on the trade management. Because systems that produce 25% winners are a dime a dozen. Or so I’m told….